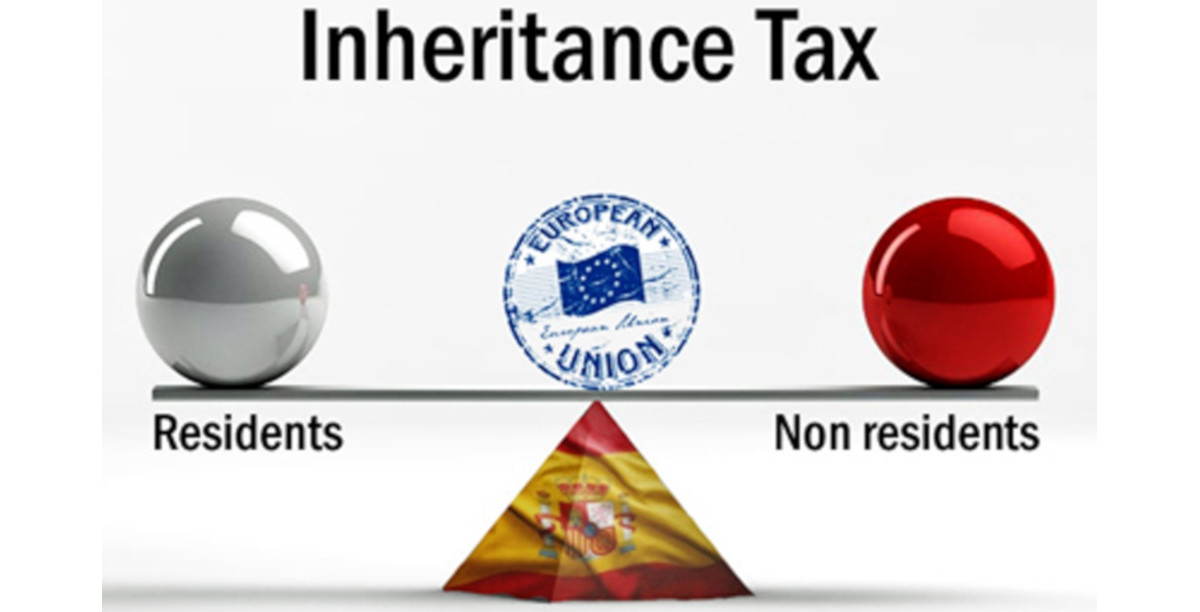 Inheritance Tax and the New Changes

Favourable Inheritance Tax Rules.
They have arrived.
Mr. Juanma Moreno, Andalucía’s new President announces tax revolution in Andalucía
Andalucía: The most beautiful region in Spain (the food, the weather, the culture, the people, the golf, the good medical facilities etc. etc.) now offers one of the best inheritance tax deals in the world.
The aim is to make it the best retirement destination anywhere.
A new reduction to inheritance tax in Andalucía has been approved by the Regional Government  The third reduction in three years and this one is a game changer.

Because of this, I believe this is going to create a lot of extra investment in the Andalucian region. Children and spouses resident in Andalucía will pay nothing when receiving up to 1,000,000 euros in value and just a token amount on amounts above 1,000,000 euros.

Children and spouses who are NOT residents of Spain will get the same deal on assets inherited in Andalucía as if they were residents of an E.U country. The Spanish Supreme Court has said that Andalucía’s high inheritance tax exemptions for spouses and children can now also be claimed by residents of non E.U.countries.

Andalucía has gone, in the last three years from being the worst region in Spain for Inheritance tax to being the best in Spain and one of the best in the world.

Up to now many wealthy Spanish citizens would play around with assets and residency status of the future beneficiaries to make sure they were not subject to Andalucía inheritance tax.

A well-known case was the “Duchess of Alba”. Both her and her husband made sure that during the five years before her death they spent more time in Madrid than Seville. The difference in tax was from over 36% to less than half a percent.  They saved hundreds of millions by living in Madrid instead of Seville.

Lawyers would often recommend their clients to purchase in the Valencia Region (Moraira, Calpe, and Denia) rather than Marbella as part of the estate planning effort to avoid the inheritance tax in Andalucía.
All of the above is history.
Andalucía now offers one of the most generous systems in the world.
The politicians have realised that Andalucía was missing just one thing to attract wealthy Northern Europeans of retirement age on mass to Andalucía…Favourable inheritance tax rules.
They have now arrived.

You can now inherit from your father, mother or spouse 1.000.000 euros tax free and on any amount above that, you are allowed a 99% reduction on the final tax bill. In other words regardless of what you receive you will pay next to nothing.
Originally for the Andalucía exemption to apply, the beneficiary - children or spouse needed to be resident of Andalucía.

However…Even more Good News, especially as we now have Brexit

If you live in the U.S.A., Australia or any other Non E.U. country you can now claim the application of the Regional Government exemptions rates on inheritance tax. You must make sure you claim them on the Deed and the Self-Assessment forms.

Be very careful though, as in Spain the inheritance tax return is done by Self-Assessment. If your Lawyer does not claim that this is the case on the tax forms and pays it, getting it back will be a very big challenge.
It is recommended detailing the sentences etc. on the inheritance deed announcing that you will not pay tax because of them.

These sentences have come just in time… Brexit would have meant in practice; English heirs living in the U.K.  paying a lot of tax when inheriting their parents´ villa down on the sunny beaches of Andalucía…Not anymore.
“The Andalucía Exemptions” (1,000,000 euro tax free and 99% reduction on the final tax bill on amounts above) if you inherit from your spouse or parent as long as you are a Resident in Andalucía or are a Non Resident of Andalucía inheriting assets in Andalucía.
They may not be applicable if you the beneficiary reside in another region of Spain. In this case your Lawyer or Tax Advisor would need to look at the exemptions in that particular region.
Not claiming the correct exemptions you are entitled to is one of the serious pitfalls of not using a specialised Spanish Inheritance Lawyer
As I have said in other News Blogs…Always Use a Specialist Lawyer

For more Information about this subject and you are in Spain, why not call into our Office
Andalucian Properties Real Estate Agent,
Marqués del Duero
San Pedro de Alcantara,
Marbella
Located on the main pedestrian Street of San Pedro
Tel +34 952927833 or email info@andalucianproperties.info